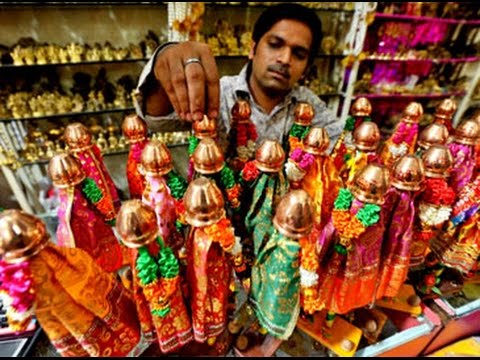 Gudi- Dolls are displayed in window sills to mark the auspicous New year with people buying some form of Gold or Silver and having a feast!

Chaitra shukla pratipada – Literally means the first day after the new moon,in the month of Chaitra as per the Indian Hindu Almanac.First day of the waxing phase (shukla) marking the beginning of the spring harvest and extremely aupisious time for a New year to begin.

A new year which sets the tone for the rest of the year, as per the Vikram samvat year.Vikram Samvat is based on the day when Vikramaditya defeated Sakas and invaded Ujjain. astronomers formed new calendar based on luni-solar system that was very much near to accuracy, is still followed in the Northern regions of India and some western parts of the country.

Yet the Hindus celebrate the first nine lunar days nearest to both the Vernal and Autumnal equinoxes. Both these times are sacred as the Navaratris.

It marks the spring equinox and very auspicious time as it heralds a 9-day worship of Durga. Navratri, or the 9 day and nights,  is one of the longest Hindu festivals,  spanning over nine nights and ten days. In a year, Navratri comes four times-one each in the months of Chaitra, Aashadh, Ashwin and Magha.The Navratri that falls in Chaitra in the Spring Months in March or April is very auspicious as this culminates in the ninth day is celebrated as Ram Navami, birth of Shri Ram. He slayed all the demons these 9 days with the help of the Durga-Shakti. And hence it is a great time for a spiritual practise with its culmination on Ram Navami, the 9th day.Though the Autumnal Navaratris are celebrated in a major way Dipalwali/ Dusshera Navaratris, ardent worshippers of Sakti fast and chant the ‘Devi Mahatmyam’ during the Vasanta Navaratris too.

In fact ‘Samvatsara’ and ‘Kala’ are depictions of Prajapati and embodiment of Lord Brahma. Typically, a period of a year is ruled by Saturn. In Saivite tradition too, Time is personified as Siva – as Mahakala, the Great (God of) Time which is beyond all destruction or creation, and has no beginning or an end – in short it is infinite.

Nearly every festival in Hinduism has an astronomically linked with the Panchang or the Indian Almanc and is icorportated in everyday life. Hence the importance of Jyotisha!

Most ancient cultures had festivals based on astronomical events, especially the Sun or Moon. Let us take the Sun. There are four landmarks in the Sun’s journey in the heavens.

Vernal and Autumnal equinoxe is when the Hindus celebrate the first lunar day nearest to the Vernal equinox as New Year, Both these times are sacred and begin 9 days before representing the various forms of Shakti Durga, in form of Nava Durgas. or  The first nine lunar days closest to the Spring equinox are celebrated as Vasanta (Spring) Navaratris while the first nine lunar days closest to Autumnal equinox are celebrated as the Sharad Autumn Navaratris (nine nights)

The Autumnal Navaratris are celebrated in a major way by all hindus as the Dusshera Navaratris, ardent worshippers of Sakti fast and chant the ‘Devi Mahatmyam’ during the Vasanta Navaratris too. The Hindu New Year (referred to as ‘Ugadi’ or ‘Yugadi’ in Telugu) marks the beginning of the Vasanta (spring) Navaratris and ‘Sri Rama Navami’ marks the climax.

The division of time is an important topic in the Puranas as well as Agamas. In its most fundamental form the division of time is based on the movement of astronomical bodies, especially the luminaries i.e. the Sun and the Moon. Astrologically speaking Hinduism recognises at least five ways of reckoning the year Samvatsara

In other states like Andhra Pradesh and Maharashtra the New Year is celebrated according to Chandramana. Astrologically speaking Chandramana is the accepted system in Hinduism. As is obvious, Chandramana is based on the Moon.

Chaitra Masa month is selected as New Year is on the first lunar day following the new moon nearest to the Vernal (spring) equinox, thus making it Soli-Lunar in nature.

This sets the course for the rest of the year, for the United kingdom. One can do this for all country horoscoscopes.

Here there is a parivartana between rahu and Mercury, thus making Rahu go to MKS, so seemingly when the Rahu Period later in the year comes along, expect chaos and mayhem. Venus period currently iis keeping us captive in our own homes and stopping from situation to become chronic. As Mars, the ruler of aries is in a Yama Yoga in 8th. Finance, stocks treasury etc, will go through huge death like states. Which needless to say we are experiencing.

Relief may come when it enters Sun period, as it is in Digbala. Of course a very potent Kal Sarpa Yoga in the collective. It is people who will suffer the most, 7th house. As Moon the ruler of 2nd is in 10th and Jupiter its lord is in the 7th house with Ketu. Perhaps, there would be alternate measures coming through, and we will undoubtedly change the way we work, live and what we do. This is no mean task on a collective level, and no doubt , we will be forever ttransformed as a result. 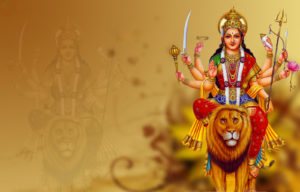 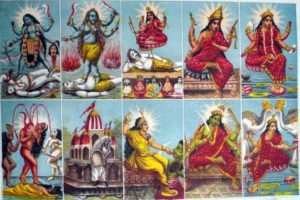 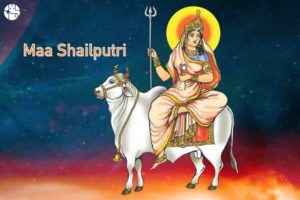 Prarthana or Prayer of Shailaputri

“I pay my VANDANA/obeisance to the divine mother Shailaputri, who bestows upon the choicest boons to the devotees. The moon in the crescent form is adorned as the crown on Her forehead. She is mounted on the bullock. She holds a lance in her hand. She is Yashasvini, celebrated mother divine” 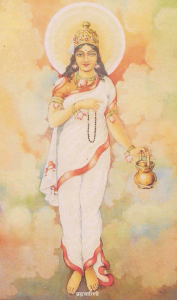 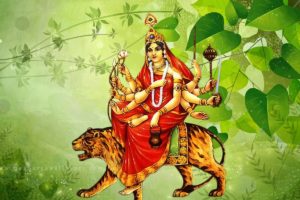 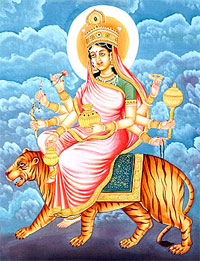 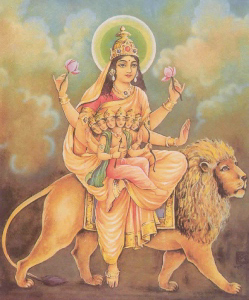 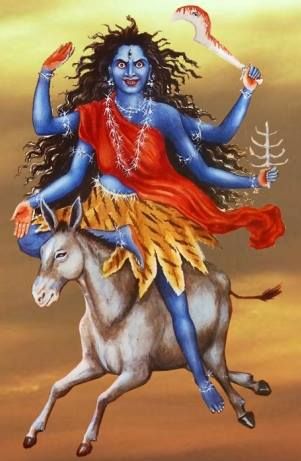 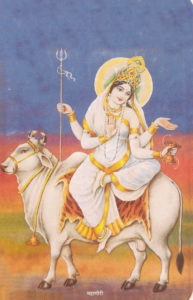 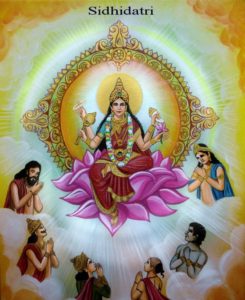 Durga Saptashati reading/chanting is very popular way to connect with the various forms of Durga. Recommended only for next 9 days of Navaratri.

← MahaShivaRatri-Ode to Shiva, Chant & be Merry
Samvatsara : The Jupiter Years, You are the year you are born in ! →