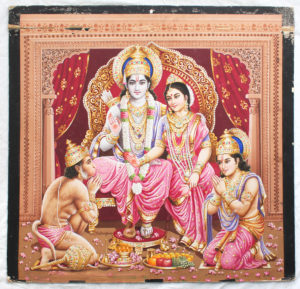 I greet Goddess Pårvati and Her consort, Bhagavån Shankara, embodiments of reverence and faith respectively, without which even the adept cannot perceive God enshrined in their very heart. From the BalaKhanda of RamCharitManas

Remembering this I disclose my folly; dispel it, taking pity on this servant, my lord! The saints as well as the Purånas and the Upanishads too declare that the potency of the name Råma is unlimited. The immortal Lord Siva, who is the fountain of joy and a storehouse of wisdom and goodness, incessantly repeats It.There are four broad divisions of living beings in the world; such of them as die in the holy city of Kåshi, attain to the highest state. This too marks the glory of ›r∂ Råmaís Name, O chief of sages; for it is this very Name that Lord ›iva mercifully imparts to the dying soul in Kashi(varanasi). I ask you, my lord, who that Råma is; pray explain to me, O storehouse of compassion. One such Råma is the prince of Ayodhyå whose exploits are known throughout the world. Infinite was his sorrow due to the loss of his wife; and flying into a rage he slew Ravana in battle.

From Tulsidas’s Shri Råmacaritamånasa , A well of Qualities of Lord Rama 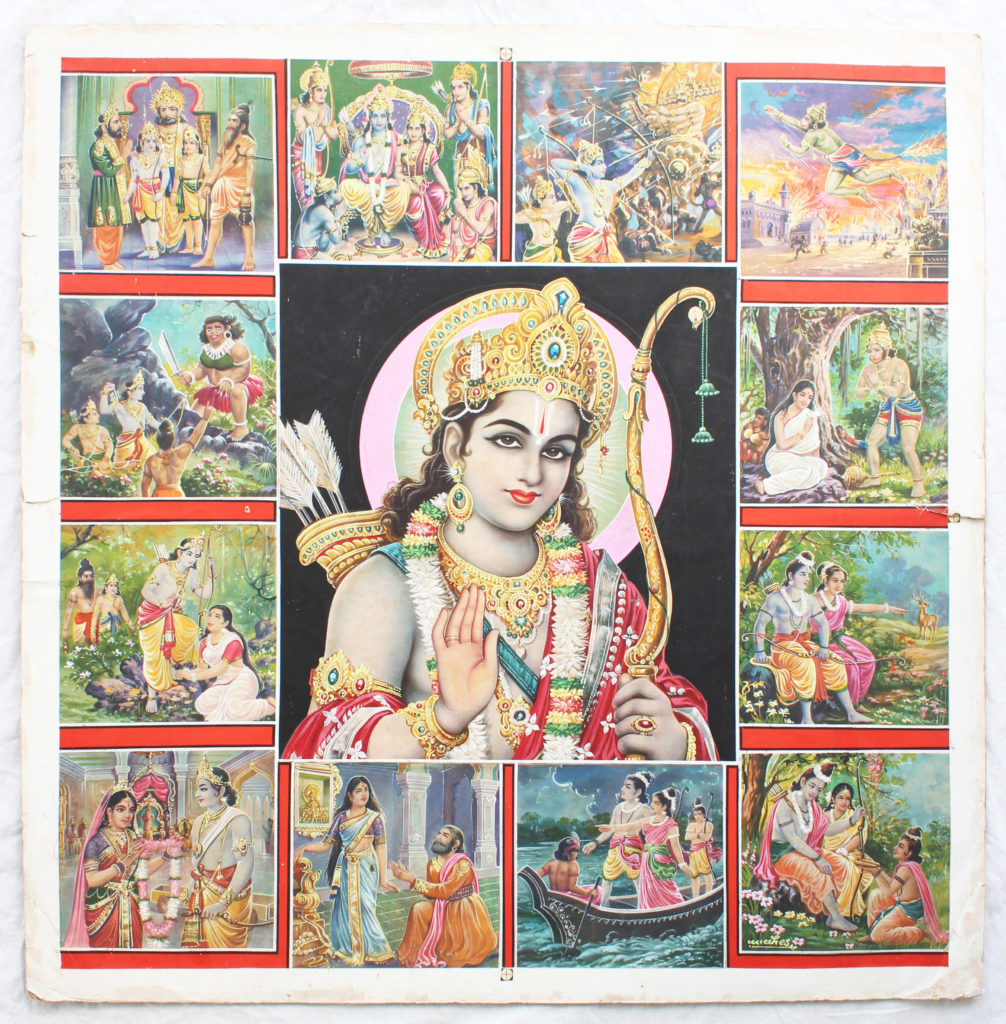 Lord Rama from the epic Ramayana (Literally translated, Story of Rama) by Sage Valmiki, needs no introduction. He is one of the key avaatars of Lord Vishnu.
Tulsidas began writing the Ramcharitmanas in Ayodhya(Uttar Pradesh India) in 1574 CE. The exact date is stated within the poem as being the ninth day of the month of Chaitra Masa, the month of Chaitra, on the birth of RamVavami,  which is the birthday of Rama. The Sun-Moon angle Tithi, is what is termed by the Hindu Paanchang or the Indian Almanac as the 9th Phase of the waxing phase. Sri Rama was born with Sun in Aries and Moon-Jupiter conjoin in Lagna Ascendant of Cancer. Moon is in Punarvasu Nakshatra.4th pada which lies in Cancer Navamsa (Vargottama). Planets in same Rashi Sign in the D1 as well as the Navamsa chart (D9) are termed as Vargottama, the best division, as they act as exalted! 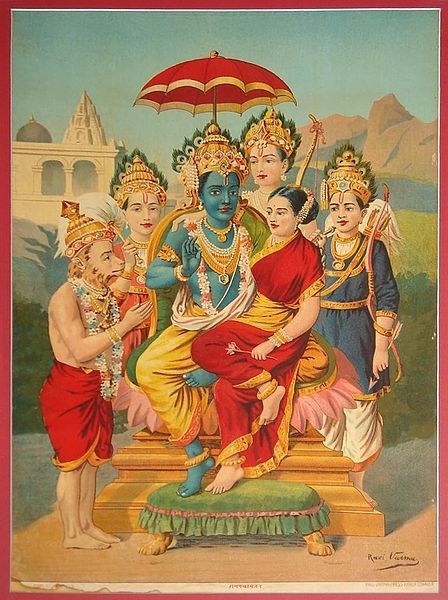 Most great beings and great Spiritual Masters, are remembered by their tithi Birthdays.

All Indian festivals and celebrations are based around the Tithi or the Panchang, which take into account the Solar-Lunar relationship or phase.
Ramcharitmanas was composed at Ayodhya, Varanasi & Chitrakoot.
Any afflictions of 10th house and Lagna, as well as people born on Navami, or in Sankranti dDosa, can avail of the fortune of learning / listening /reciting the RamaAshtakam (Given below). It is one of the most amazing remedies in KaliYuga.

I pray always that Rama,
Who is second to none,
Who is especially pretty,
Who cuts off all sins,
And who makes the mind,
Of his devotes happy.

I pray always that Rama,
Who is second to none,
Who shines with his matted hair,
Who destroys all sins,
And who makes the mind,
Of his devotees free from fear.

I pray always that Rama,
Who is second to none,
Who shows us his real self,
Who is very merciful,
Who destroys sorrows of life,
Who considers every one equal,
Who is peaceful,
And who does all that is good.

I pray always that Rama,
Who is second to none,
Who shows the world in himself,
Who is the truth without names,
Who is someone without form,
And who is away from sickness and pain.

I pray always that Rama,
Who is second to none,
Who is away from the world,
Who does not see differences,
Who is crystal clear,
Who does not have diseases,
And who stands always as,
The real form of truth.

I pray always that Rama,
Who is second to none,
Who is the ship to cross the sea of life,
Who shines as all types of bodies.
Who does good ,
And who shows mercy.

I pray always that Rama,
Who is second to none,
Who is so great that,
He is fit to be known through,
Great Vedic sayings,
And who is Brahmam ,
Which is spread everywhere.

I pray always that Rama,
Who is second to none,
Who grants peace,
Who gives us pleasure,
Who destroys the problems of life,
Who avoids illusion,
And who is the resplendent Guru.

He who reads or hears this octet on rama,
Which is easy to understand,
Which gives rise to good deeds,
Which is written by sage Vyasa,
Would get knowledge, wealth,
Pleasure and limitless fame,
And once he leaves his body,
He would also get salvation.

← Samvatsara : The Jupiter Years, You are the year you are born in !
Solar Eclipse of June 2020 – Intense Purging of the Collective Unconscious angst →