THE two Biggest Planets in the Solar System

are in Great Conjunction since December 2019 in Sidereal Sagittarius ONLY until Jan 24th 2020, when Shani Saturn moves into Sidereal Makar Capricorn

Lunar Eclipse bringing Intense, ferocious, sharp & pungent feelings regards Relationships to the Fore
The Penumbral Eclipse which begins on the 10 Jan 2020 at 17:07 UTC and reaches maximum point at 19:10 UTC. It will be visible in the U.K. This Lunar Eclipse is in the benign and auspicious sign of Sidereal Gemini Mithuna, in the Fixed Star Constellation of Punarvasu, 2nd pada. This fixed star is very fruitful, carries with it the energy of its deity Goddess Aditi. She is the Mother of all the Devas & Gods. Hence she lends to this Constellation of Punarvasu, a deep sense of nurturing in the form of Knowledge, wisdom and making things repeat and redo them. Swift and quick moving Star of Punarvasu can then help one to  resolve issues that have been tied up and find fruitful resolutions. All matters to do with food, grains, sustenance regards the earth element is highlighted. Moon in Punarvasu in the sign of Gemini with an exalted and very elevated Rahu, the North Node of the Moon, is in Fixed Star of Ardra. All Eclipses are trigger points to making drastic changes in your natal chart. Lunar eclipses have a slightly easier energy of the Moon and the Nodes, more so in this case, as it is in very powerful Nakshatra of Gemini Punarvasu and Ardra. This has a flavour of cleansing and laughter after tears, rain and heaps of turbulence created by the Moon-NorthNode &  opposed by four Planets, Sun, Mercury, Jupiter, Saturn and South Node of the Moon.
All this is in the sign of Sagittarius in the Ugra-Krura fixed star of Purvaasadha. Ugra-Krura star of Purvasadha has a lot of aggression, ferocity, cruelty, strong & war-like passionate, thunderous and mighty like the God of Storm, Marut. Having the presence of 4 planets there, means in the realm of relating, relationships matters from the past will come to fore.

Then we have the fleeting Conjunction of Jupiter with Saturn in the Sidereal Sagittarius zodiac sign Dhanu Rashi, in Fixed Stars of Purvasadha & UttaraAsdha respectively

Before we understand the Conjunction of these two biggest Gas planets in the Solar System, we need to understand the nature of the Jupiter and Saturn and their relationship when they come together. Every 20 years, they come together, thus making a cycle of 3rd from the periphery, from East-West direction.Logical to say that 3x 20 years = 60 years, the trigon formed completes the whole circle. Thus between 2 conjunctions, it forms 1 x 20 years, 3 conjunctions, 2 x 20 = 40 years, 4 conjunctions , 3 x 20 = 60 years. 5 Conjunctions there are 4 x 20 years = 80 years.
BY moving forward, we reach a total of 40 x 20 equals 800 years for 41 Conjunctions. Thus completing one cycle of 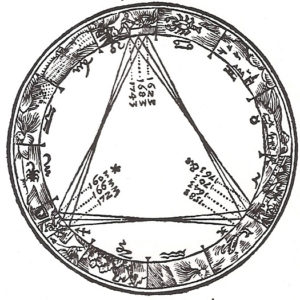 Kepler’s trigon of the Jupiter Saturn Conjunction IN one ELEMENT. So the cycle begins in another triplicity every 1000 years.
Jupiter’s cycle, around the zodiac is approximately in 12 years, spending approx 1 year per sign. Saturn’s travels the same zodiac approximately 291/2 – 30 years. ‘Samvatsara’ Jovian year, roughly means the period of one full year. Jupiter with his average speed crosses the journey of a single Rashi Zodia sign is ‘Samvatsara’. Naturally other planets and the Sun aspects have a lot to do with the Samvatsara and its quality and nature per year.` It is because of this fact that the effects of every ‘Samvatsara’ are unique each year.Sixty Samvatsaras repeat again and again in a cycle. More so to come on this…
At the beginning of creation Jupiter and Saturn were on the zero degree of Aries. Varahamihira in ‘Brihat Samhita’ has regarded the beginning of the Samvatsara cycle, from the 35th Samvatsara of Prabhava. Since Varahamihira’s times it is this sequence which has been accepted. To find out which Samvatsara you are born under go to www.circleofdivineastrology/Your-Planets
More on Samvatsara, yet to come……
Naturally, the Shani Brihaspati in the sign of Sagittarius works brilliantly, and is the highlight of this Lunar Eclipse. Saturn in JUpiter signs works very well. Saravali, Varahmihra both attest to this.

According to Saravali – Saturn in Jupiter’s rasi in aspect to the Sun, native will be father of other’s children ad through these children will atttain wealth, name, fame and honour.

And if Moon, be berefit of Mother, will have two names and will be endowed with wife, children and wealth.If by Mars, he will be troubled by windy diseases, will dislike people, be sinful and mean,blameworthy,etc.If Mercury is aspecting it, he will be equal to a KIng, happy,be a preceptor, be honorable, rich and fortunate.

If by Jupiter, he will be equal to a King, or be a King, or equal to a Minister, or an army cheif, be free from all kinds of danger.

If by Venus aspect, then he will have two Mothers and two Fathers, will live in a forests and hills, will be unsteady and be endowed with many kinds of assignments.Here two Mothers and fathers, means, he could be brought up with one set of relatives and be born of another.

Thus, in this Lunar Eclipse, it will Sun, Venus, Jupiter, Mercury & Moon will be aspecting Saturn in Sagitarrius. So although the fierceness of the Purvasadha & Uttarasadha will come about, but will be pacified as per the above. as put forward by Saravali.
The Vedic Tradition, that I follow by Pandit Sanjay Rath that dates back to Sri Achyutananda Das, 16th century Scholar, attests to this great dictum ‘Guru Budhaye Yuti, Sarve Karye Siddhi’. Here Jupiter & Mercury are aspecting the Moon, so this eclipse will be superb for

manifesting what you deeply desire.
So take heed, do not be rash and impetuous which can be a tempting option.Relating, relationships, creativity, children, young people will be strong focus. This Conjunction falls on a fridayso naturally, questions of wealth, pusti prosperity, abundance etc arise and especially in the realm of relationships. How is this relationship serving me and encouraging me to be better version of what I currenttly am? Does it bring me to an increased awareness by holding space for some of my shadow, negative side of me that it mirrors?
One great way of deriving benefit over this potent eclipse is be to try over the period of the eclipse, calmly sitting in silence facing the Eastern direction, chanting the seed sounds of your Moon Nakshatra Star, or even simple ‘OM’  ॐ .
Whom will it impact the Most ?
Natives who have Ascendant, Moon sign or Sun in the dual signs of Sidereal Gemini or Sagittarius will be most affected. The other two dual signs (Virgo & Pisces) will also feel the impact. Also, Capricorn Aquarius Ascendants too will feel the pinch.
Take a few moments before leaping into cross words or taking impulsive action. Being clever and careful in resolving the contentious issues may have favourable and far reaching impact on your wellbeing. After all, it is the Fixed Star of Punarvasu ruled by Goddess Aditi, who will protect with her wisdom grace and prosperity, ensuring the return of all things bright and beautiful!

Krishna Ashtakam is a Great Remedy over the Eclipse period to calm the mind down…. 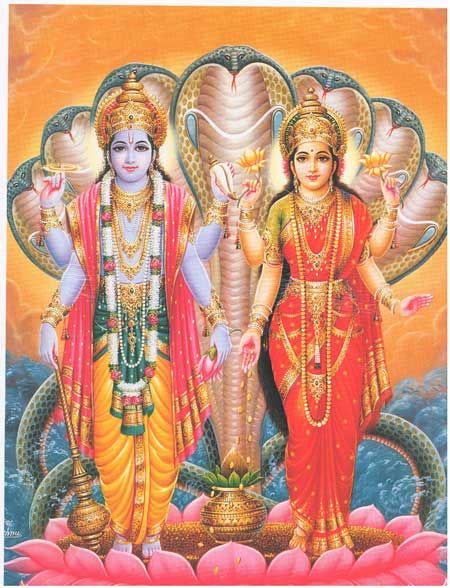