Turning Challenges of a Cursed Moon 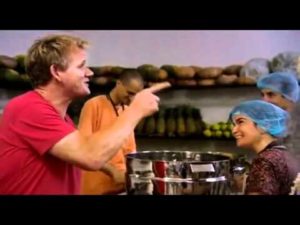 When is a Moon deeply aflficted?

When is a Moon deeply aflficted? When it is aspected by at least a single Malefic fiery tattva(elemnt) as well as a Malefic Airy Vayu Tattva (Element) 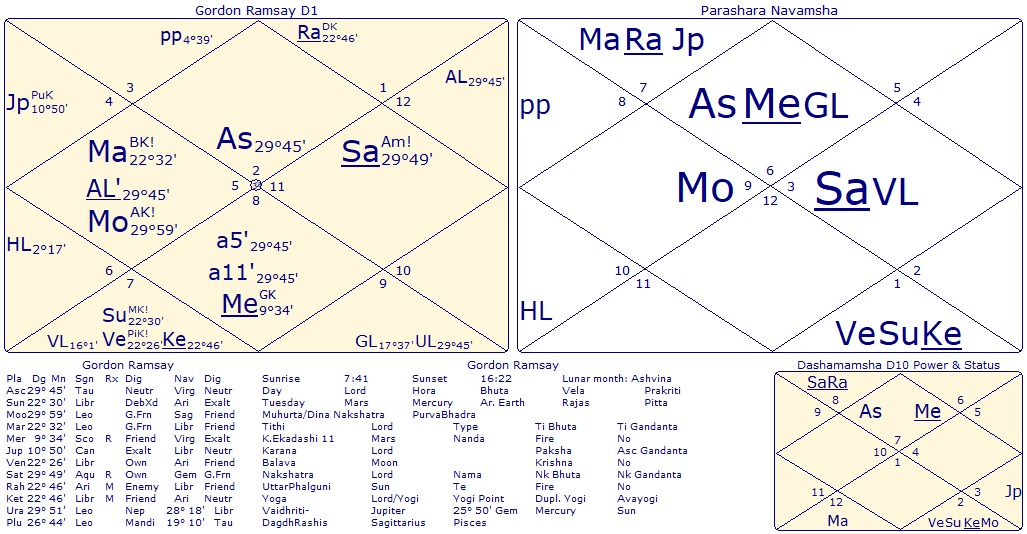 Gordon Ramsay is iconic Chef, Restauranteur and one of the most successful celebrity chefs to come out of Britain. He has a style which is forged on great management and delegation, but with a tongue which is scathing, hellish and stinging. As a TV personality, Ramsay is infamous for his fiery temper, strict demeanour, and use of expletives.

His controversial comments, insults and wisecracks about contestants and their cooking abilities reflects every inch his Moon is Leo(Uttaraphalguni Nakshatra) with highly cursed with aspects from a very strong Saturn as (AmtyaK/Career significator) and with a conjunction with Mangal,Mars. Furthermore the conjunction is in the 4th house where the Moon gains great directional strength, with aspects from Rahu, Sun, Venus and Ketu. Barring Jupiter, the Moon is in aspect with every planet.

All his programmes epitomise this Moon!

Is it any wonder that Delia Smith (A CBE  English cook and television presenter, known for teaching fundamental cookery skills in a no-nonsense style). who is one of the best known celebrity chefs in British popular culture, commented on Gordon’s language! She said of Ramsay: “I like him when he does his recipes, but I’m not keen on his swearing.”

Curry has been Britain’s National dish, any chef/cook worth their salt will not ignore the country of origin. Gordon was no exception to this. His Television episodes at Sadguru’s ashram is interesting to say the least. As he was a fish completely out of water, as Gordon’s perceived image  is being almost ‘Anti-Vegetarian’. To land in an Ashram with a vegetarian kitchen churning out fare for over 5000 people must have been a bit of an eyeopener for him. Moon being Atmakaraka, King of Chart, ability to see other’s ways and be compassionate is part of that Moon’s journey.

In the D9 Navamsa Chart, his Moon is in Sagittarius, (rectified chart). According to Pandit Sanjay Rath Moon in Sagittarrius more so if in D9, one has the ability to make a lot of resources and money. Gordon has an empire of over 62 Million Dollars! (https://www.forbes.com/profile/gordon-ramsay/#532bd9f74530) built single-handledly with passion and a fiery tongue to match no doubt. 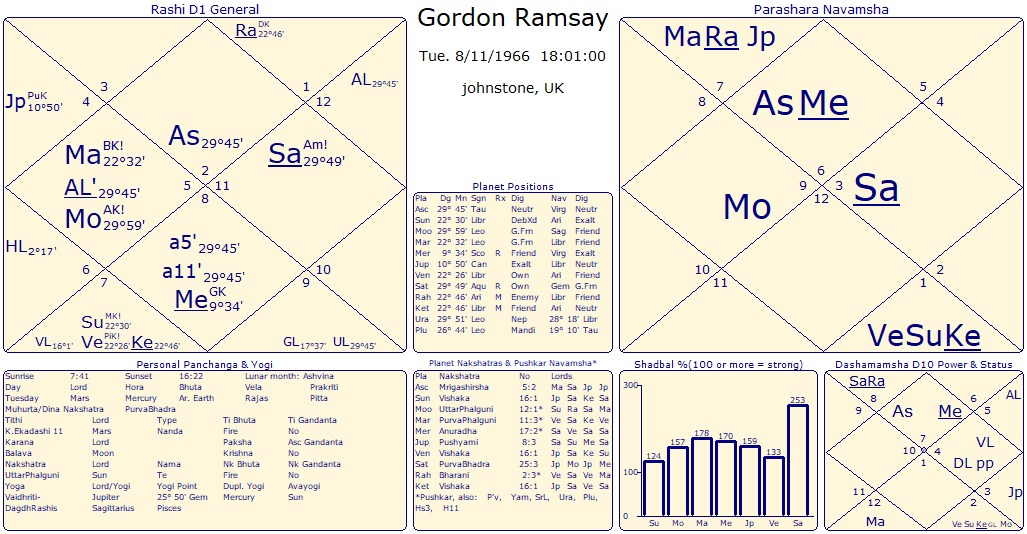 It helps to have a very strong Lagna Lord, one being Atmakaraka (Moon) and Venus in it’s own tattva level in Libra. Although It is in Marana Sthana, combust and planetary war with the Sun. Sun is his matrikaraka and Venus PitriKaraka. His father passed away quite early in life, and he has said that one of his regrets is never having his father around to ever have dined at any of his restaurants. Venus is a disgrntled and totally combusted by the Sun.

Even in D10 chart Divisional chart for Career/Power, he has Moon exalted in the 8th house aspected by Rahu, Saturn. Saturn is the Amtyakaraka and in D10, Moon is the 10th lord.Saturn and Rahu are karyesa of 10th house. It is clear why he is successful at what he does best, making a stinking profit with his passion! 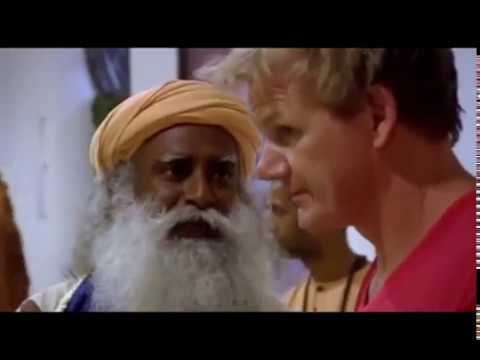 ← Eclipses of 2018 : Triggers of Fire Energy of Mars and Ketu
Vedanga Jyotish Guru →